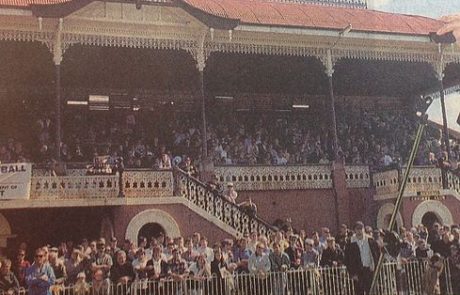 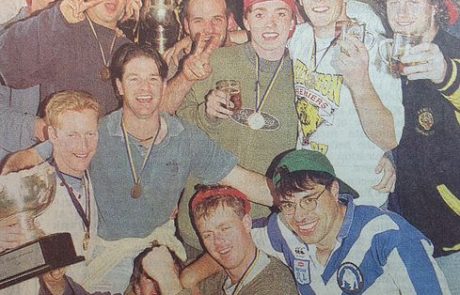 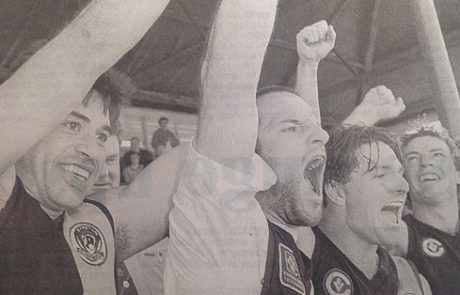 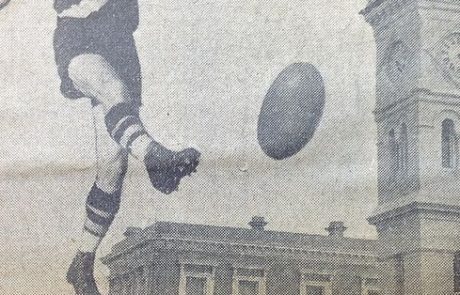 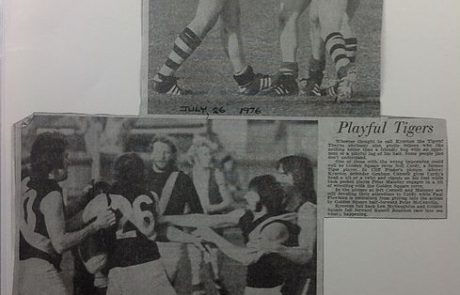 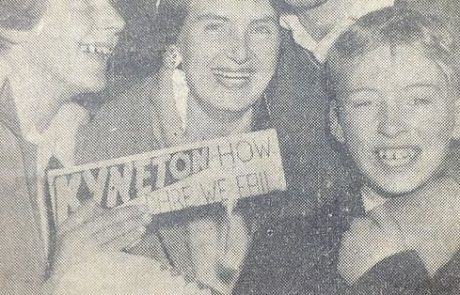 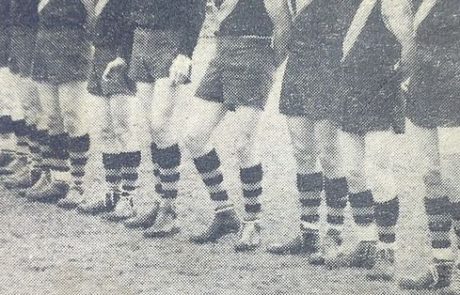 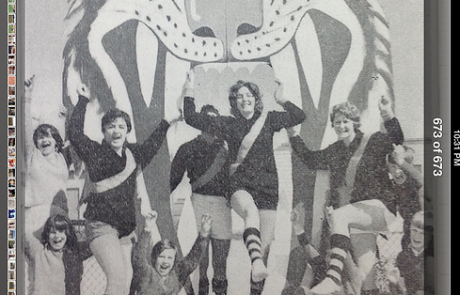 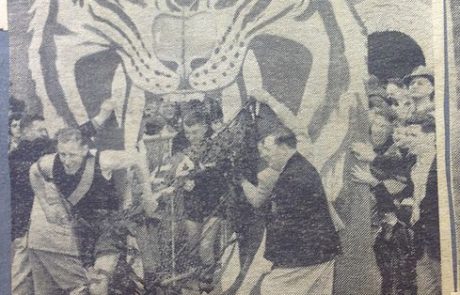 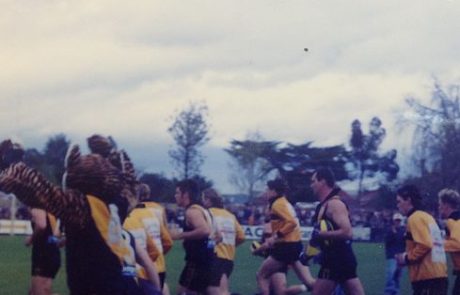 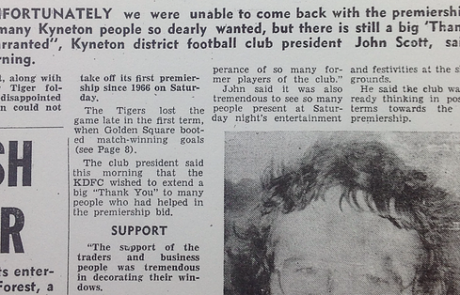 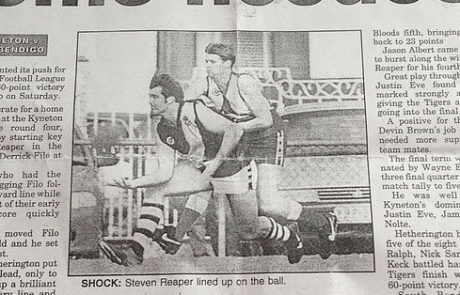 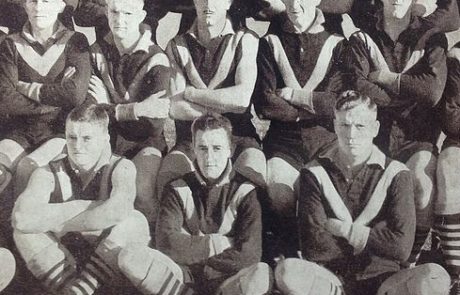 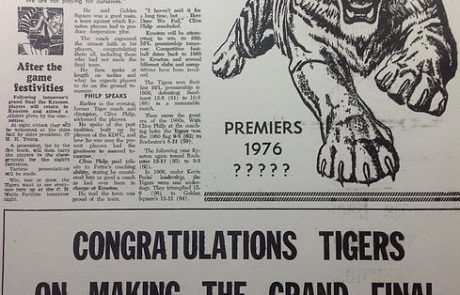 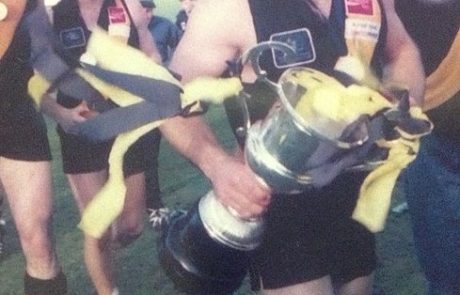 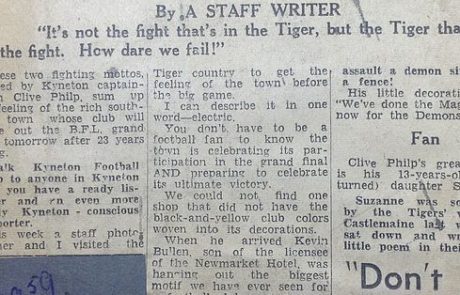 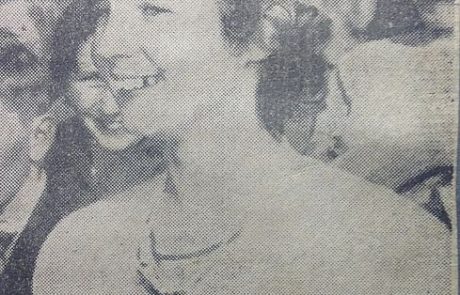 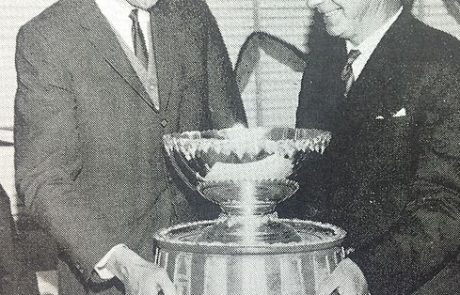 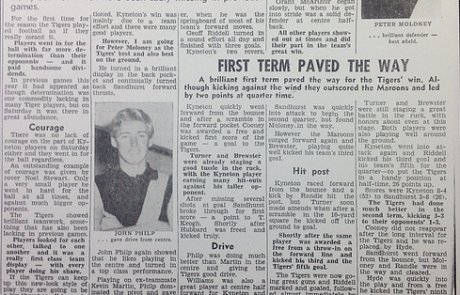 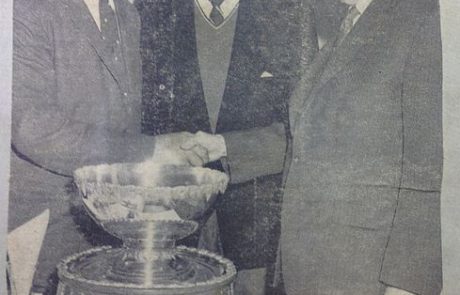 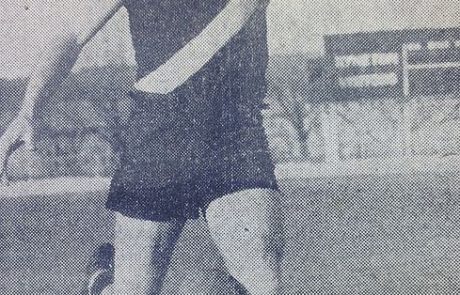 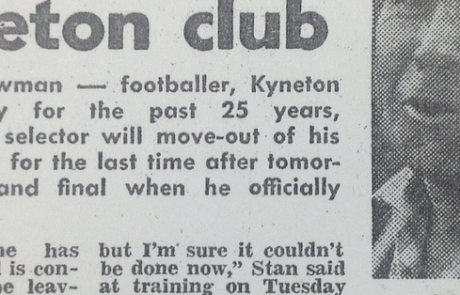 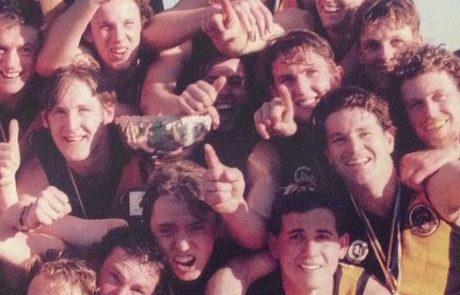 KYNETON Football Club has links to the very early foundation years of Australian football way back in the early 1860s.
It has been said that Kyneton was the Victorian town where the first organized regional football match was contested, although other records indicate that a game was played at Castlemaine in June 1859.
What is known, however, is that an organized match did take place in Kyneton in the very early 1860s.
One of the fundamental basics of early Aussie rules footy was that the team captains would act as the referees. That was the case for the Kyneton match.
Each team comprised an amazing tally of 42 men. The dimensions of the “oval” were staggering.
The playing surface stretched from a spot close to the present Kyneton railway station to the Showgrounds: some 1.5 km in length.
No wonder there were 84 players involved.
The game was played on one weekend with players from one team wearing waistcoats and the other side clad in shirts. That was the distinguishing feature between the two teams.

A formal competition was established in 1868. Ballarat’s started in 1869 and Castlemaine’s in 1871.
As with other early football associations the Kyneton body was forced to conduct its own affairs until the foundation of the Victorian Football Association in 1877.
The VFL, the forerunner of today’s AFL, did not get under way for another 20 years. It wasn’t until 1897, in fact, that Australian football’s peak body was founded.

Football obviously flourished in Kyneton because there were two competitions — a senior Saturday competition and a minor Wednesday one.

Shops and businesses were open for trading on Saturdays with Wednesdays set aside for half-holidays. This was the case across the state at that time, with many players for Bendigo’s Wednesday afternoon competitions arriving from the mines in horse-drawn cabs.
Quite a few of these miners got changed in the cab on their way to the ground.

In Kyneton’s Saturday grade competing teams included Lauriston, Malmsbury, Trentham, Collegians, Rainbows and of course, Kyneton.
On Wednesdays teams including Half-Holidays, South Stars, C.Y.M.S, East Trentham, West End and Kyneton Rovers participated.
It wasn’t until the 1920s that the Showgrounds Oval came into being. It was re-constructed in 1931.

This was an important year in central Victorian football. The Great Depression was just starting to bite and Castlemaine withdrew from the BFL.

The core players who remained with the club combined with players from the Castlemaine club competing in the Midland Football League and adopted Collingwood’s black and white striped colours.
Also contesting the Midland F.L. were Malmsbury, Trentham, Kyneton CYMS, Collegians (the other Kyneton club) and the Foundry club, comprised of players from the Thompson’s Foundry in the Maine.
Kyneton CYMS accounted for the Magpies in the first semi-final at the Showgrounds.

Castlemaine rejoined the BFL in 1932. Kyneton and Collegians, great rivals in the early years of footy, actually both disbanded before amalgamating under the “Kyneton” name to also join the Bendigo Football League in 1932.

With Maryborough also fielding a team, the BFL now had an eight-club structure.

But the end of the 30s and the looming prospect of another world war were tough years for regional and country football leagues and clubs.
Indeed in 1939 when Hitler’s troops invaded Poland, Castlemaine and Kyneton had left the BFL and were both playing in the Castlemaine District Football League.
Castlemaine United played in blue and red jumpers and were known as the Demons. Kyneton’s famous yellow and black strip wasn’t worn until 1960.

So in July, 1939 Kyneton sneaked into the Top Four on percentage by smashing Trentham and dislodging Castlemaine United from a possible finals appearance. However the Maine Demons made it back into the Top Four in the final home and away round, belted Harcourt in the first semi-final and sneaked home over Chewton on a pouring wet day in the preliminary final. They lost to Maldon in a tense grand final.

Kyneton won the 1940 Castlemaine DFL grand final over Castlemaine United cheered on by more than 300 partisan supporters. Kyneton scored 8.5 to one goal in the opening term before the Maine fought back.

With World War 2 well and truly raging, 1941 was to be Kyneton’s last season for a few years. Again the Castlemaine DFL grand final was played at the Camp Reserve between Kyneton and Castlemaine United with the Maine successful this time, by three points: 9.20 (74) to 11.5 (71).
With the BFL and the Castlemaine DFL (but not the Melbourne-based VFL) in recess from 1942-44 Kyneton players and supporters had to wait until the war in Europe drew to a close. It was winter 1945 before some local footy was contested.

Kyneton and Castlemaine again contested the 1945 Castlemaine DFL season (Japan finally surrendered in August 1945) with the Maine losing to Kyneton in the first semi-final.

Kyneton rejoined the Bendigo FL in 1947 but not before the two arch-rivals had played off in the newly named Castlemaine Football League grand final of 1946. This time it was the Maine’s turn to take home the flag — in front of 4000 spectators and despite poor kicking (13.24) the home side won by 20 points.

It was shattering for Kyneton. The club had lost only one game in the home-and-away season, beat Castlemaine in the second semi-final but could not snatch the big one.

So Kyneton made a big decision as 1947 dawned. They would move back to the BFL and even though Bendigo league executives spoke at a Castlemaine public meeting the Maine decided to stay put.

It wasn’t until 1949 that Castlemaine Football Club (once more in black jumpers with a white collar and logo) came back to the BFL. With Echuca also joining, the BFL again had an eight-club competition as the half-way mark of the 20th century loomed.

After taking out the 1936 pre-war BFL grand final over Sandhurst, Kyneton won flags in 1960, 1961, 1966, 1995 and 1997.
The Tigers had a huge rivalry with fellow country club Rochester in the late 50s/early 60s, playing against them in four grand finals for two outstanding victories.