What a wonderful Celebration for the Club at Saturday night’s 150th Anniversary Dinner held at the Kyneton Town Hall on May 26th.

Around 200 people attended and the night was one to reflect on the Kyneton Football Netball Club and it’s long history. The highlight was an interview with Tim Collins who has seen all 6 Club Premierships since 1936.

Limited edition 150th Anniversary long sleeved jumpers were auctioned off and guests reminisced about the Club’s past and there was a sense of pride in the Club today and it’s future.

A big thank you to Terese Parsons and Manuella May who organised the night, and Angela White for organising the jumper auctions.

Our A Res netballers continued their run of winning last week against Sandhurst who had been undefeated, go Girls! Round 6 also saw the Seniors defeat Sandhurst, putting Kyneton in the no. 3 position on the League ladder.

This weekend the Indigenous Round will be played at Maryborough on Sunday involving the Reserves and Seniors footballers, and B Res and B Grade netballers.

Good luck to all of the Juniors playing in interleave sides in Shepparton on Sunday.

We have almost filled our first 150th Foundation Wall and will begin on the second wall shortly.  To place an order call Marg Barry 0417547270 or order online at www.Kynetonfnc.com.au.

The Kyneton Senior Women play under lights at Strathfieldsaye at 730 tonight.

The next Kyneton home game is the Castlemaine Challenge on June 9th, as well as the MND fundraiser.

See you all there.

PS. Pick up a copy of  next Tuesday’s Midland Express which will have a special 150th KFNC Anniversary wrap around edition. 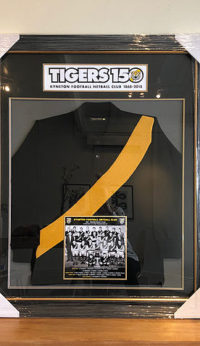 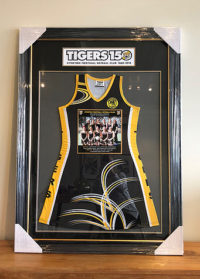