The first Round has been played out in front of huge crowds at the Kyneton Showgrounds at the weekend. The night matches brought the locals out for the evening, proving local football and netball is still as popular as ever.

The Netball started the ball rolling with a junior exhibition match involving the Kyneton Netball Association, with Kyneton Coach Di Guest Oakley giving her time and energy again to the up and coming Kyneton Netballers.

4 Netball teams have been entered into the competition this year which is almost a full compliment for the Bendigo Football Netball League, we hope next year to also have an Under 17 team entered.

All teams fought hard putting in huge efforts, but it was our A Grade netballers that stole the show, having a convincing win over Golden Square, earning them top spot on the Bendigo FNL ladder.

The Football games were also fought hard with the final scores not reflecting the effort and skill involved in all three games. We suffered some injuries, with new senior recruit Shaun Huy going down with a hamstring, taking him out of the game. It was great to see so many new and returning locals pulling on the boots to play for the Kyneton Tigers.

Our new canteen was up and running, providing hot chips for the first time in a long time. However the size of the crowd put huge pressure on canteen staff,   Sherene and her daughter Morgan who did an amazing job.  We thank the small number of volunteers who assisted on Sat, but if you would like to help,  just let Sherene know, she’ll be happy to hear from you.

Sponsors attended a 2 hour function where they heard about the Club’s financial position which is under control with a budget surplus forecast. The Club has no creditors and has a four year plan to repay debt from various loans.

Membership sales have been impressive, and merchandise is now available for sale at home games.

Thanks to all of the Committee and Club volunteers who helped out from early Saturday and through to Saturday night to ensure it was a great opening round.

Congratulations to Harrison Huntley who played his 100th game for the Club. Harrison is a loyal Tiger, leader, Committee member and former Club Best and Fairest.

Our Women’s team played a tough game at Strathfieldsaye on Sunday, and are now looking forward to their Round 2 match at Castlemaine on April 27th, the Pride Round. Get along and support our women in round 2.

All Senior football and netball will be played at Gisborne this Friday for the Good Friday Round. (normal day times)

KFNC Juniors matches kick off after the school holidays. 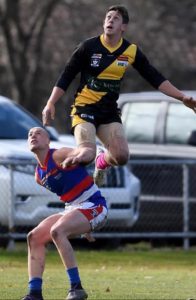 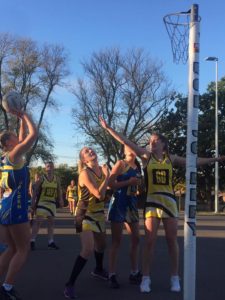